This is a spacer out of sight

Do you get in trouble for your message? 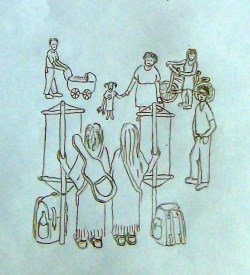 When one speaks publicly against that which is wrong, it can be expected that sooner or later those who profit from the wrong will try to stop the voice of truth.

In predominantly Christian countries of mainly Latin-America and Africa we have publicly decried the corruption of the churches.

Although so many people were thrilled to hear someone speak the truth about these matters, we were also regularly maligned by religious people and attacked verbally.

In quite a few cities the police tried to stop us with varying show of force and insistence. At times they gave up after discussion. The crowd would sometimes defend us, other times the listening people quickly and fearfully dispersed.

In quite a few cities we were taken to the police station. After intense discussion with the chief we were let go to either continue speaking or to move to a different location.

In Zambia we were thrown into prison. Zambia is officially termed a Christian country. The leadership of the churches had us jailed because we were allegedly false prophets.
It was an important part of our learning to suffer this type of religious persecution and it marked the end of our time when the main focus of our message was on the corruption of Christianity.

As we continue to publicly expose and decry injustice and wrong, we expect to suffer further persecution. We depend on God for wisdom and courage.